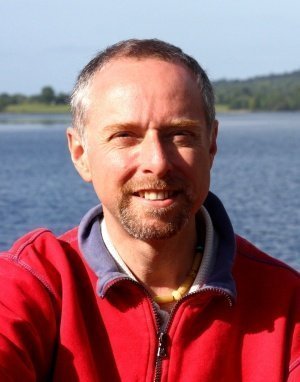 Jon has been singing, directing, coaching and performing in Harmony groups for over 30 years. He teaches many styles of singing including classical SATB, Taize, Gospel, Georgian, Sacred songs from various religions and cultures, Rock and Pop as well as his own A cappella arrangements.

Though he teaches many styles of music his speciality is Barbershop Harmony. He has been in several successful Barbershop quartets winning a total of 9 National medals including 4 Bronze, 3 Silver and 2 Gold. He has represented the UK at two International Barbershop competitions in Pittsburgh and Salt Lake City.

His workshops take him all over Europe including UK, Ireland, Holland, Italy, Prague and Spain. Many of these events allow people with very little singing experience to discover the wonder and joy of creating harmonies through song.

He is a key educator of Harmony singing and Chorus Directing in BABS (The British Association of Barbershop Singers) and Making Music (a national organisation of over 2800 musical groups) and has been a qualified BABS singing judge.

His noted quartet appearances include Disney World, Goodwood Revival, Orient Express and National TV including “You Bet”, “Terry and Gabby”, “Emmerdale” and “Ant & Dec’s Saturday night takeaway” as the coach for teaching Ant’s team of celebrities.

Jon has been awarded with a lifetime achievement award for a long and valuable service to barbershop singing in Britain, particularly for his work on Learn-To-Sing courses which has inspired many thousands of people to take up singing. He has now entered the BABS Hall of Fame.

Send me an Email
Food Choices

Attendees for event: About me

This product currently has no customers
Sample Schedule

We hope that once you have booked you will be able to make the holiday, but we appreciate that unexpected things can happen that change your plans.

If YOU cancel with at least 2 months notice then we will return the following:

If YOU cancel with less than 2 months notice then the following charges apply:

If you cannot get to the resort through no fault of your own, such as strike action or natural disasters, we still have to pay the centre their fee and therefore will not be able to return your money. Hence we recommend that you take out adequate travel insurance to cover such eventualities.

If WE have to cancel the holiday then we will return all your money. However, anyone who cancelled prior to this will be subject to the conditions above.

In the event of Force Majeure, such as the recent Covid-19 pandemic, then significant changes to these terms and conditions may have to be made. We will work closely with the retreat centre to try and find alternative dates to hold the event and if that’s not possible we will try and obtain a refund on your behalf. This cannot be guaranteed, though we will do our best to make this happen. Again adequate travel insurance is needed to help cover this.